Midway through 2016, Europa Nostra and European Heritage Volunteers were looking for communicators from each European country for their new heritage social media platform. And… [drums rolling]… the words that you are now reading have been written by the first correspondent selected from Spain. A great opportunity, a challenge and, above all, a new experience which I am glad (and also grateful) to be able to share with all of you.

Therefore, in order to organize the platform, those of us who participate in this project got together in Weimar (Thuringia, Germany) towards the end of the summer. All of them will be co-star today’s post, so the first thing I would like to do is to introduce them before diving into Weimar and its rich cultural heritage. To do so, I will use this picture taken at the Weimar Classic Foundation after Hellmut Seemann, its president, received us.
From
left to right. Front row: Libe ;-), Özge from Turkey, Emeline from France,
Marita from Greece, Krupali from Norway and
Alma from Lithuania. Second row: Stenette from South Africa, Carola from
Germany, Bénedicte  from Belgium,
Catarina from Croatia, Manon from Europa Nosta and Jacobo from Italy. Third
row: Bert from EHV, Hellmut Seemann from Weimar Classic Foundation, Wolter from
Europa Nostra, Mirjan from Albania and Giuseppe from Europa Nostra.(Theodora,
from EHV, is missing, she was preparing a chocolate cake for us all;-)
WEIMAR,
THE CITY WITH TWO WORLD HERITAGE SITES.
For
hundreds of years, Weimar was the center of German intellectual life. The city
was specially prosperous at the beginning of the 19th century, a time when
Goethe, Schiller and Herder, three of Europe’s most well known intellectuals
lived there. The Classical Weimar buildings, a UNESCO World Heritage Site since
1998, is a testimony of that illustrated culture. 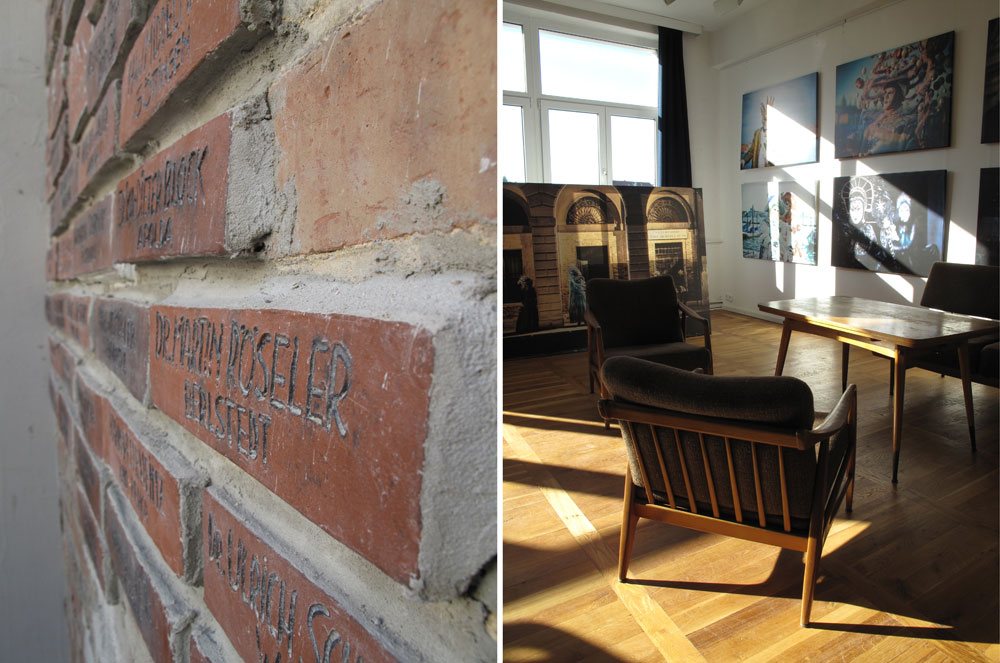 The
places where these poets and their patrons created their work bear witness to
Weimar’s classicism: Goethe’s and Schiller’s homes; the Belvedere, Ettersburg
and Tiefurt palaces with their magnificent gardens; the venues where Herder
wrote his works; the Wittum palace, where this illustrious met; the famous
Duchess Ana Amalia Library; and the historical cemetery with the Princes’ Tomb
where Goethe and Schiller are buried. 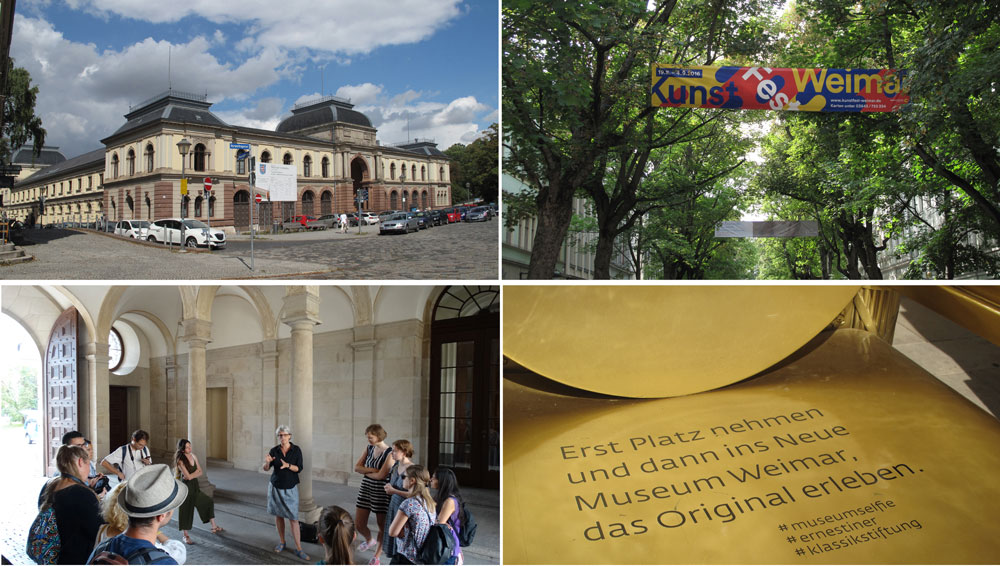 A
century later, Weimar enjoyed another second period of splendor with the
Bauhaus, one the most important architecture and design trends of the 20th
century. The buildings by the Bauhaus in Weimar and Dessau have been UNESCO
World Heritage Sites since 1996.
As a result from that cultural past, every summer, the «Kunstfest Weimar» is celebrated with plays, outdoor concerts, movies. Our stay coincided with all of this. 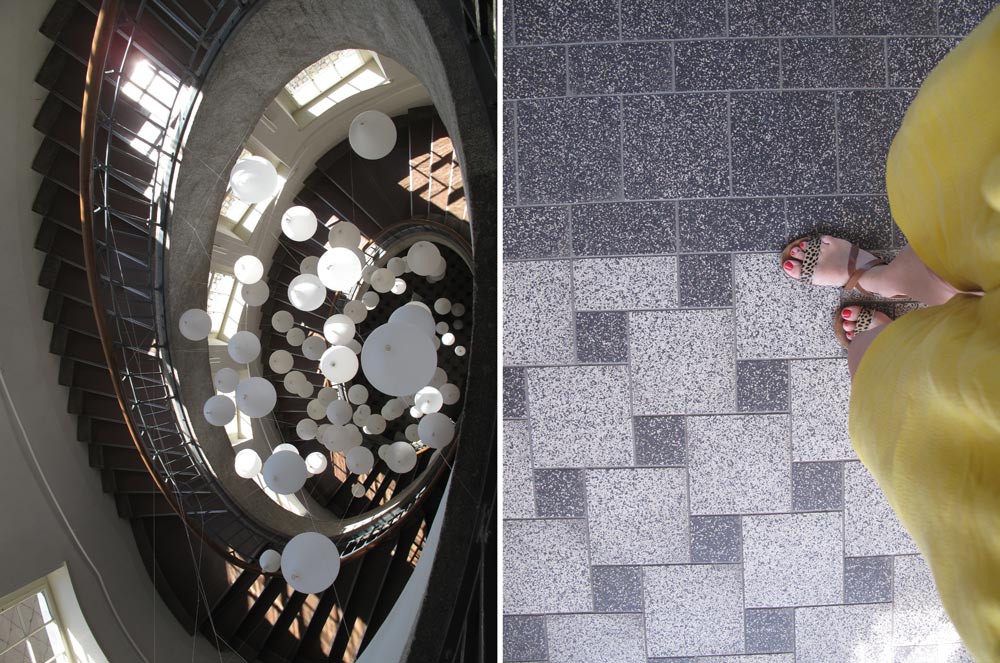 HERITAGE,
5 DAYS, 12 COUNTRIES AND A COMMON GOAL.
It’s not
that easy to get from Bilbao to Weimar. You need to catch two planes, three
trains and a taxi. And of course, as usual, I made a mistake on the second
train and didn’t hear the announcement for the transfer I needed to make. These
things happen to me in Spin all the time, so I wasn’t going to get it right, in
German, for the first time! XD
I recall
riding the wrong train and carrying a heavy backpack, but feeling extremely
happy, overcome as I was by that nonchalance more typical of a twenty-year-old.
I asked myself: How would the following days play out, in the company of people
from different countries, talking about social media, communication and
heritage? That is, reharq* by definition ;-)! Five months later I have the
answer: GREAT.
Given
the crazy times we are living in Europe (and elsewhere in the world), amidst a
deep crisis due to a lack of identification with European values, culture is a
very powerful tool to bring people together. We might have economic or social
differences but we also have many things in common with our neighboring
traditions and cultures. Therefore…hurray for all of those platforms,
associations and communities that manage to move mountains with their efforts
in the vast world of heritage! 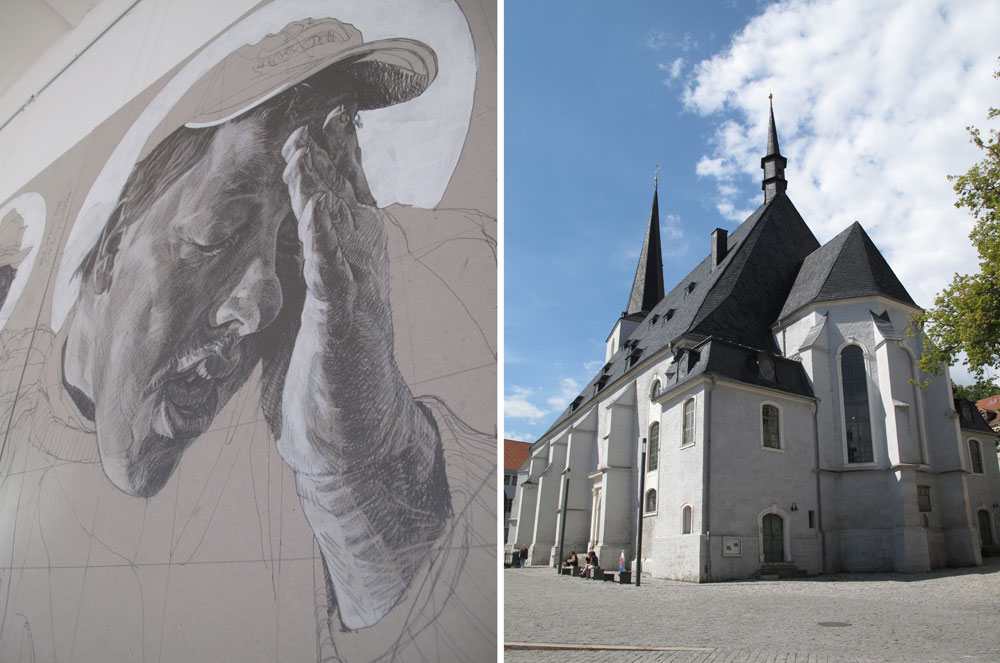 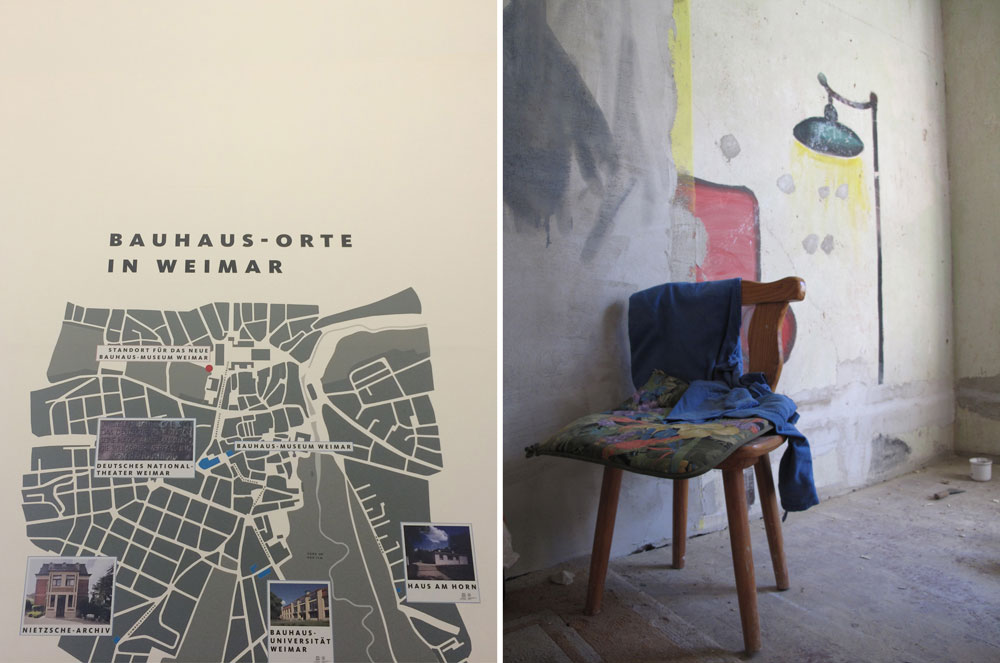 This is
how I define that 5 day seminar: punctuality and strict schedules—yes, all very
German… ;-), a lot of work and ‘inspirational afternoons’ visiting Weimar’s
heritage assets.
It was
hectic: workshops, brainstorming sessions, individual presentations, group
presentations, theory, practice. We needed to make the most of the gathering in
order to launch the platform heritagetimes.eu, which was presented at Denkmal
2016, Europe’s Leading Trade Fair for Conservation Restoration and Old Building
Renovation.
From
that moment on, all of the correspondents have shared experiences regarding
heritage in each of our countries. 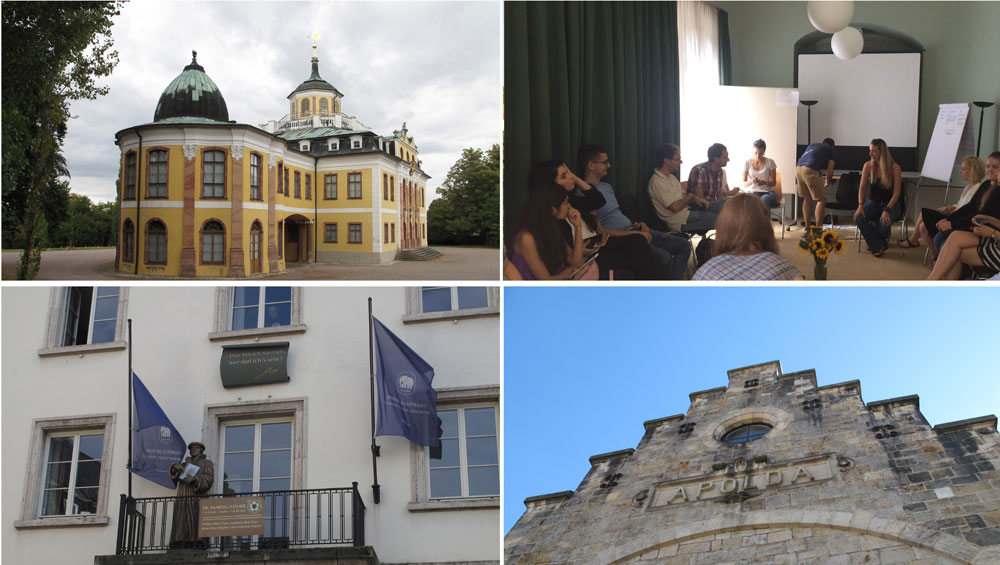 At a
personal level, this meeting was very rejuvenating. And at a professional
level, besides having the chance to establish a relationship and share experiences
with Europa Nostra’s communication department, it was the push I needed to
really work on my English. I do realize that my wit does not come across in
English, but I’ll get there!
To
finish, here is a picture of the gardens of our ‘base camp’ at Ossmannstedt, a
place among trees and silence, the perfect setting for the great ideas that
were produced there.
We’ll
see eachother again next week with another guest on
reharq* con…
PS:
Thank you in capital letters.
When I
am asked how many visits the blog has, I feel like proudly showing these screen
captures as an answer. reharq* is not about numbers (well, it also is about
numbers, there are more and more clicks and it is very exciting to see #patrimoniodelbueno circulating around the entire world) it’s about quality: this is a
GREAT community the heart of which beats thanks to heritage, nice people and an
enthusiasm that is hard to quantify. This was your reaction when, 5 months ago,
I set off on my way to Weimar(Germany). I am not exaggerating when I say that
that I am on the verge of tears of joy. Thank you with capital letters. 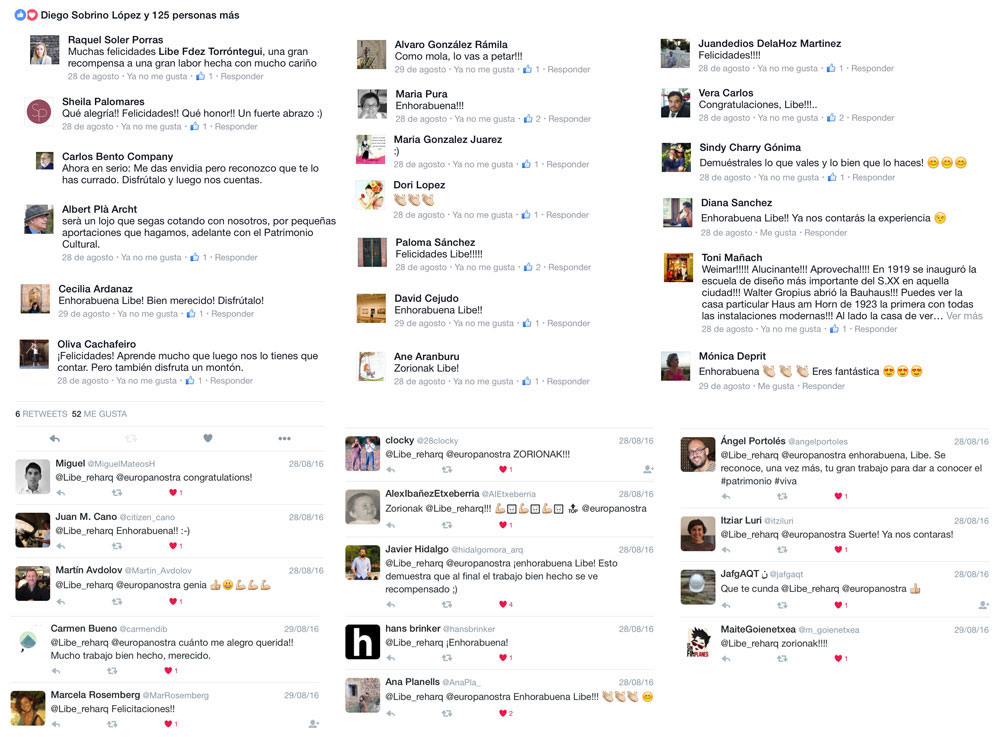 Photos
by reharq* unless otherwise specified in the caption. September 2016.

Was consulted by: germany travel 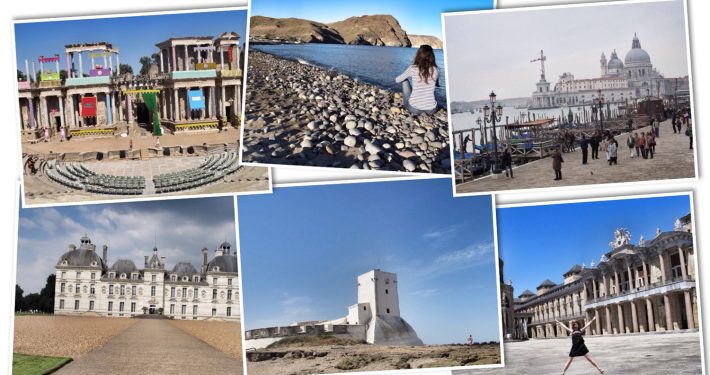 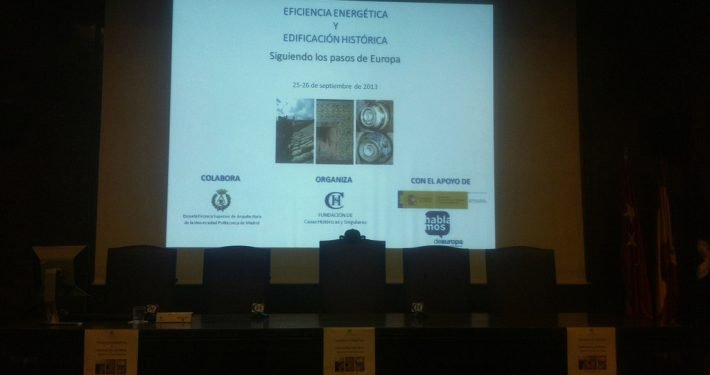 A mí también me encantará leerte.